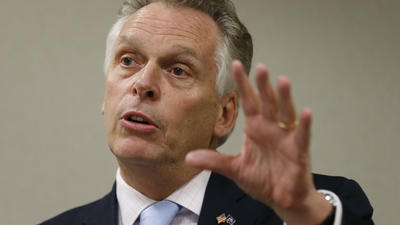 Gov. Terry McAuliffe vetoed a bill that would’ve cut funding for Planned Parenthood Tuesday. The Virginian-Pilot reports that McAuliffe signed the veto in a Planned Parenthood office in Richmond, telling the attendees he was “very proud” to do so. HB1090 passed both chambers of the General Assembly earlier this year.