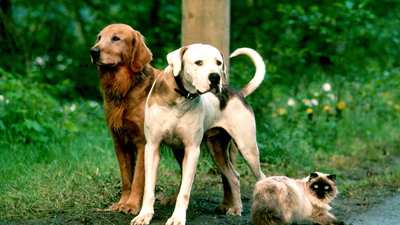 Charles, the weirdly lion-like dog known for occasionally running around Ghent without a human, is behind bars. According to The Virginian-Pilot, he escaped his fenced backyard Wednesday evening and was picked up by Animal Control. He’ll stay at the city shelter until his owner appears at a hearing next week.