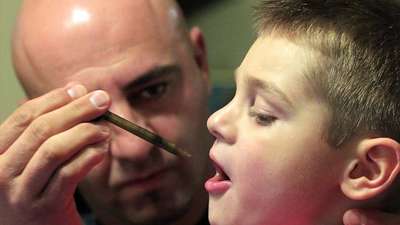 Last month, the General Assembly approved the production of marijuana-based treatments for epilepsy and other diseases. The lobbying effort behind that victory included 13-year-old Caleb Thomas and his mother Tracie. According to The Virginian-Pilot, Thomas suffered multiple seizures every week before participating in a clinical trial of marijuana oil therapy.