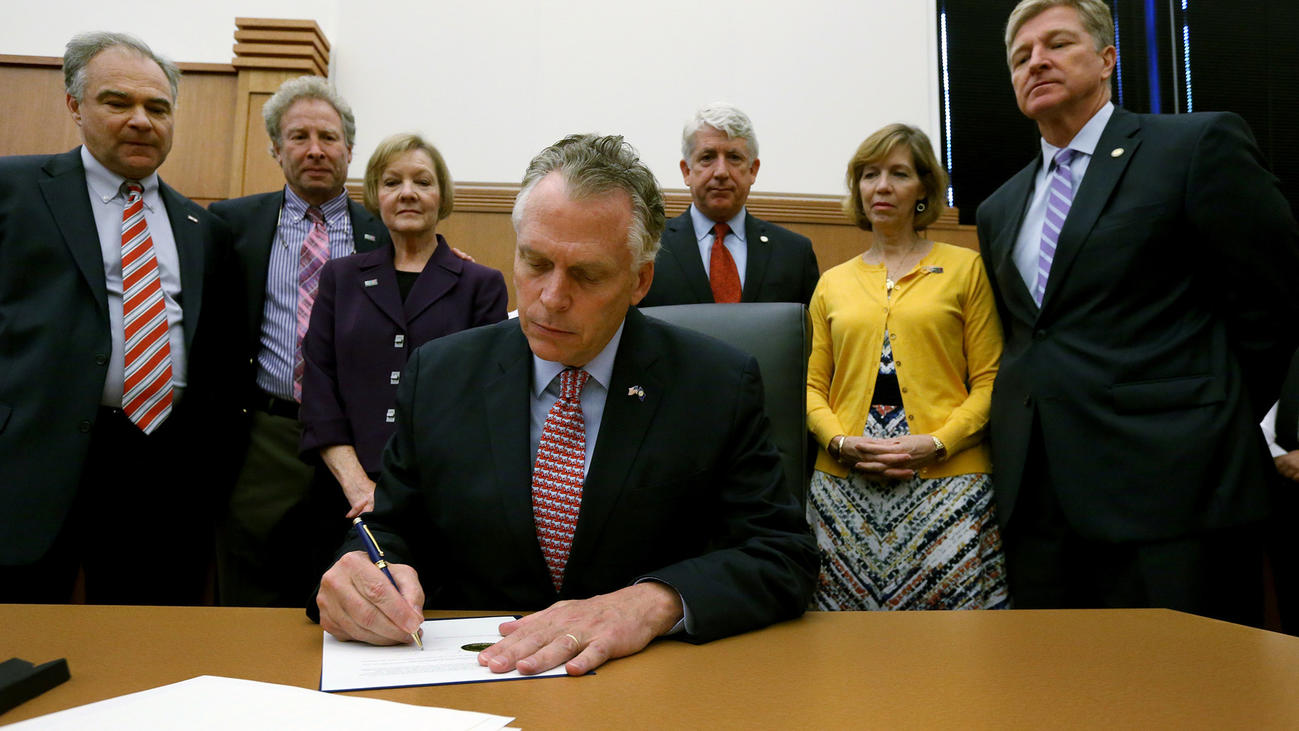 Last week Governor McAuliffe announced that he would restore voting rights to more than 200,00 Virginians with felonies by executive order. Opponents said the move was politically motivated (McAuliffe has worked closely with the Clintons), but, as the Atlantic notes, Virginia is in the top three for disenfranchising blacks, who are disproportionately affected by the move.