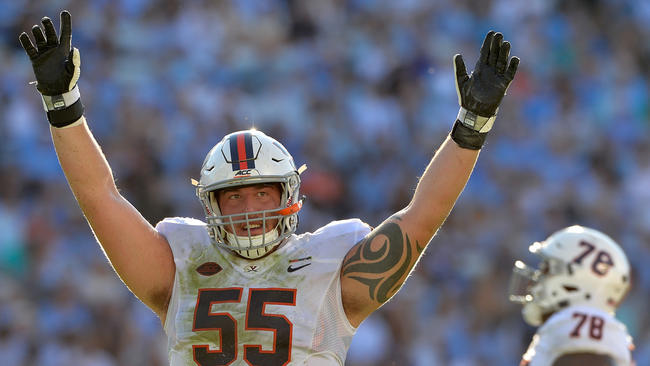 Virginia Tech’s former defensive end, Dadi Nicolas, and Virginia’s former cornerback Maurice Canady have been drafted for the NFL. Nicolas was chosen in the 6th round by the Kansas City Chiefs and Canady was chosen 6 picks later by the Baltimore Ravens. This marks U.Va’s 33 consecutive years of having a player drafted.