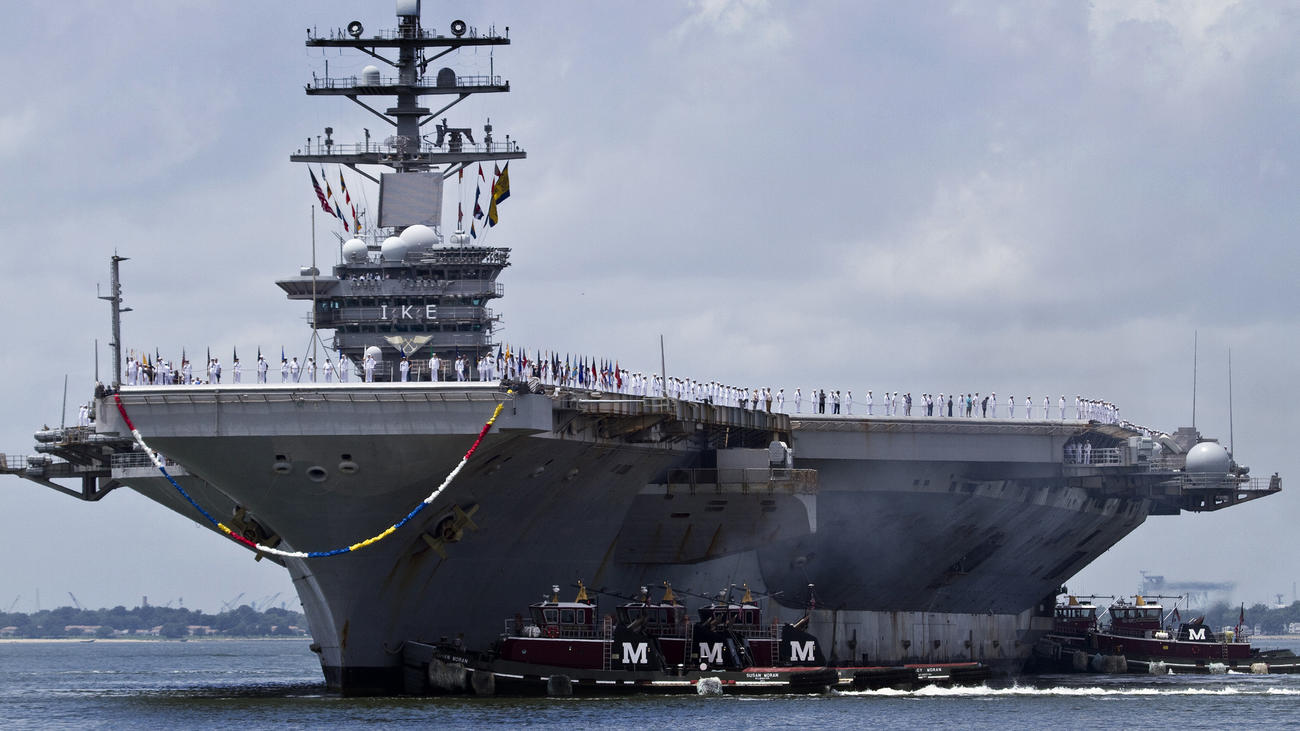 You may notice one less aircraft carrier at the Navy base next time you’re inching through rush hour on the HRBT. The Dwight D. Eisenhower and its strike group deployed Wednesday for the Middle East. According to The Virginian-Pilot, it will be relieving another carrier strike group, which has been carrying out attacks against ISIS.