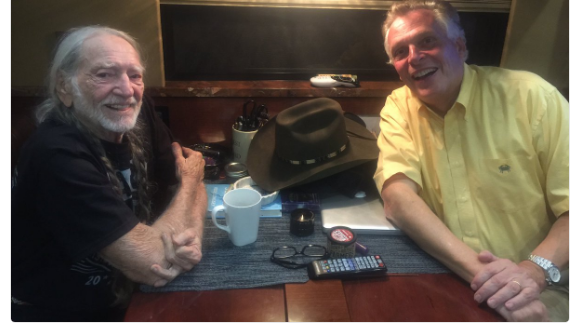 Gov. Terry McAuliffe was photographed with Willie Nelson over the weekend. Also in the picture: An apparent can of the country music legend’s brand of pot, according to the Daily Press. The Richmond Times-Dispatch notes that while the state saw more than 200,000 marijuana-related arrests last year, the governor (as well as the General Assembly) opposes legalization.

As McAuliffe’s spokesman told the RTD,  “He was not and still is not aware of whatever was on the table or anywhere around him and wouldn’t know marijuana or related paraphernalia if it walked up and shook his hand. He’s cool, but he’s not that cool.”